There may be reasons not to boot from flash often.

I'm a switcher, and I remember looking up how to boot from USB if the bios supports it, and e-mailing somebody to ask why their shareware program didn't support booting from a flash drive.

They said flash drives can't handle quite as many read/write cycles as a hard drive, so it's not recommended for them to go through the hammering a boot sequence gives the drive as it creates and deletes files all over the place. (I have no idea how this translates to the Mac, but it seems to be common-sense that large modern operating systems do A Lot Of Stuff before you see your login, so I'd expect many tiny files to be created and deleted in XP and Tiger). 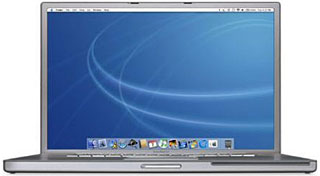 This suggests that booting from a flash drive all the time (for security or portability reasons) would not be good, because after a matter of weeks or months it might give up the ghost.

It occurs to me that this might mean a flash drive is a really good choice for a minimal system 'rescue disk' in the way people used to keep a boot floppy somewhere. This is because a flash drive seems to be noticeably more robust than floppy, zip, cd-r or hard drive, as far as keeping it lying about and expecting it to work is concerned. I haven't actually tried this myself (I tend to clone the main disc to the firewire disc and hope it all works), but it's an idea.

(Sorry if everyone already knows all this, but it's probably worth pointing out in case anyone's just thinking about it and falls foul of this)