id Software's 2011 FPS Rage gets a Mac release today, however, only the single player content has made it over. 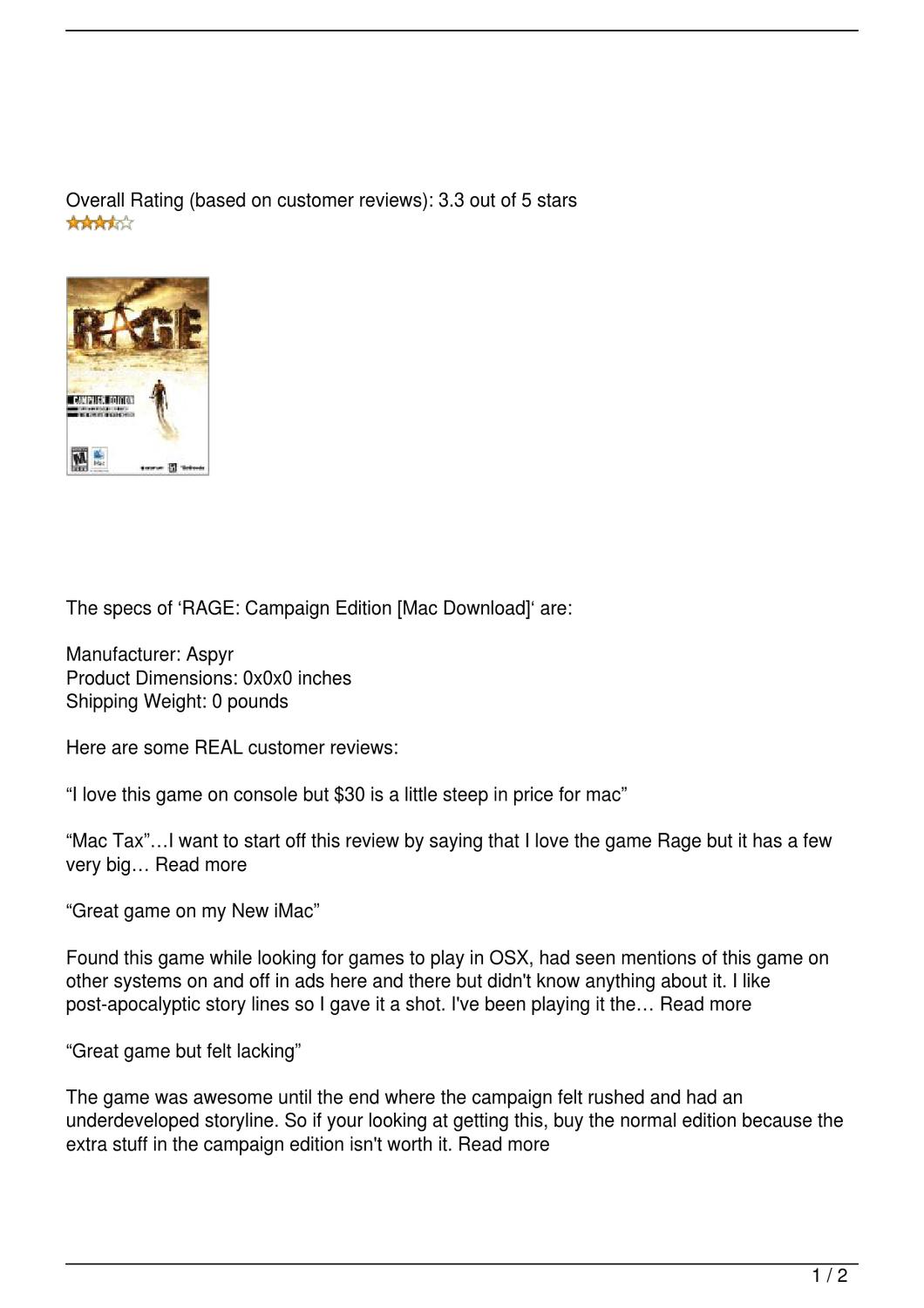 Dubbed Rage: Campaign Edition and published by Aspyr, it's available now on the Mac App Store priced at £27.99. As a comparison, the full PC version sells on Steam for £29.99.

The Mac release does add some bonus content though - you'll get extra gear formerly exclusive to the game's Anarchy Edition, including a double barrel shotgun, the Rat Rod buggy, Fists of RAGE and Crimson Elite Armor, and the Wasteland Sewers Missions are also included.

Here are your Mac system requirements: 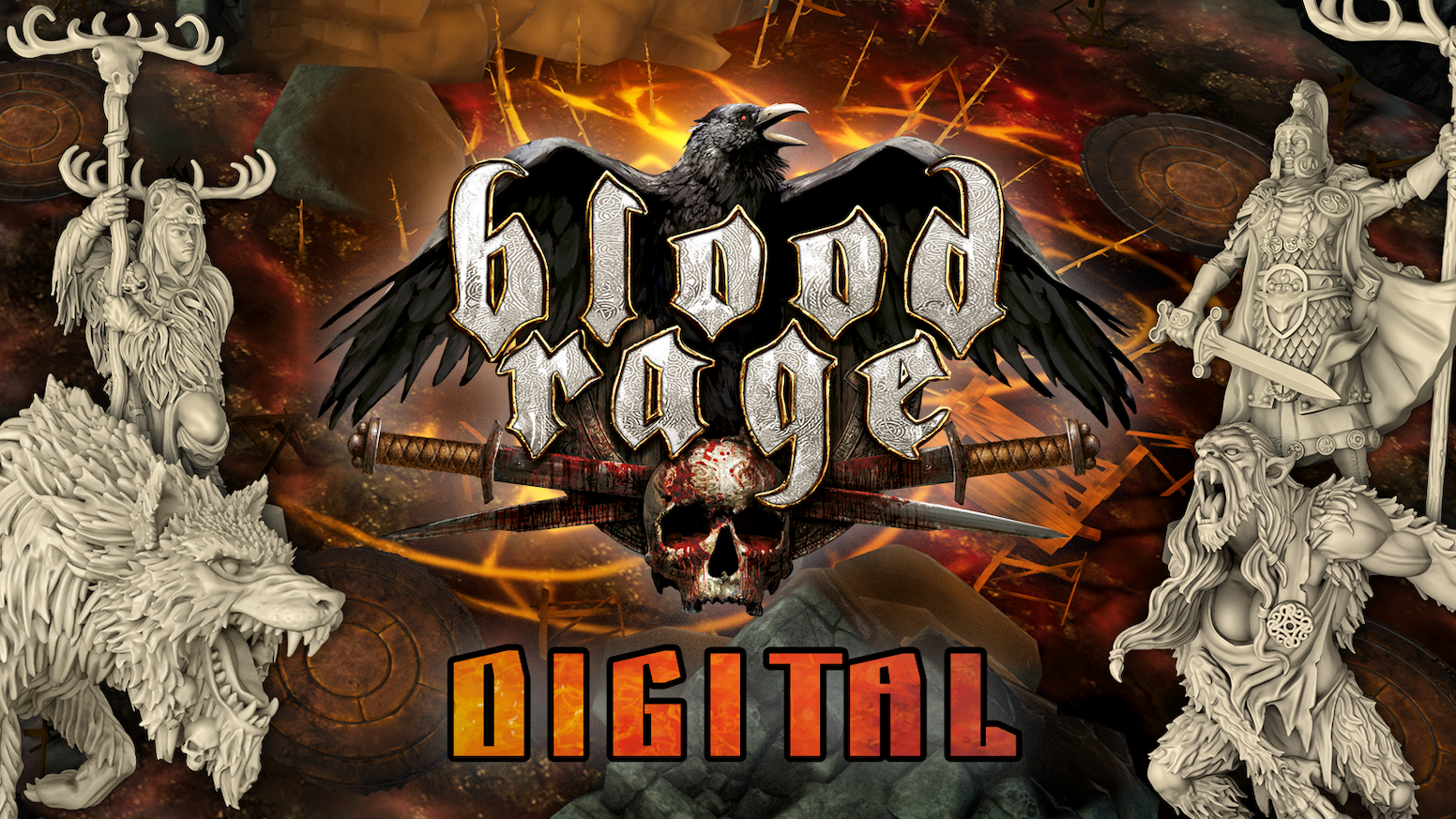 id software is known to any self respecting shooter fan. From Wolfenstien to Doom to Quake they have created a slew of high quality titles and series that have enthralled FPS gamers for many a year. It's been awhile since the developers have put a new game out, but now we have Rage. The game saw a multi-platform launch just a short 4 months ago but the Mac was sadly excluded. Thanks to the fine folks at Aspyr, Mac gamers can now enjoy blasting their way through the wasteland with the Campaign Edition of Rage. You won't find any of the multiplayer options here, but you get rather awesome items from the former pre-order only edition, as well as getting the extra missions from the sewer DLC.

Rage is both something old and something new. It delivers the tried and true awesome gunplay and spectacular visuals id has always been known for, while at the same time trying a more focused narrative and showing off a much larger and open world to play in. It's a worthy effort, but also clear they are new to it given some stumbles along the way. Stil,l Rage is undeniably fun and often exhilarating despite its flaws.

After a giant asteroid crashes into the earth, wiping out most of humanity, you awaken as one of a few survivors frozen in a protective Ark. The world has become a post-apocalyptic wasteland full of mutants, bandits, settlements and the ominous Authority. As you venture out you are set upon by some bandits only to be saved by a local sharpshooter who then takes you along in his buggy. The rest of game sees you helping out the various settlements around the wasteland, taking on gangs, mutant dens and eventually the Authority itself.

Atmospherically, the game does an excellent job of presenting you with the grim realities and harshness of this new world in which you find yourself. It feels rugged and barren, settlements cobbled and patched together. The threat of bandits and mutants is ever present, as is the fear the populace has for the Authority. Unfortunately, there are no truly interesting characters in the world in terms of personality, but you will be wowed by costume and clothing design as well as the excellent voice acting and impressive animations that bring these characters to life. A lot of form with little substance it seems, but that isn't the game's selling point or focus.

Rage is primarily a shooter with some light RPG elements, but it also features a fair amount of vehicle combat and racing. Your main way of getting around is on the various buggies and vehicles you acquire as you go along. The driving is surprisingly fun and sharp, which makes for entertaining races you can enter in the towns, and just as much fun blowing up bandit cars out in the wasteland with your machine guns or rockets. You can upgrade your vehicle's engines, tires, armor and designs, but none of these cost money. Instead, they must be purchased with racing certificates so the only way to fully max out your rigs is to win a lot of races. This isn't particularly hard to do, but some of the race types prove challenging, such as the point rallies. The non-combat races involving laps are basically impossible to lose, but they are fun all the same. You can replay any race you want, but you only get certificates for them once. 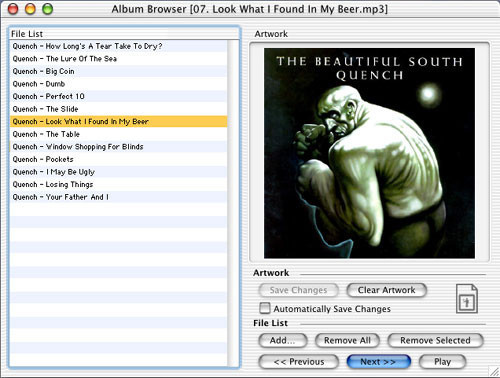 Weapon-wise the game has nothing that you haven't seen before, perhaps with the exception of wingsticks, but all the weapons are fun to use and feature multiple ammo types. My personal favorite was the dynamite and mind control bolts you can acquire for the crossbow. Wingsticks are Rage's version of a deadly boomerang. You can throw one at anytime and it will fly out and often decapitate the nearest foe. An advanced version of these late in the game can even bounce between up to three enemies at once, which is just delightful. 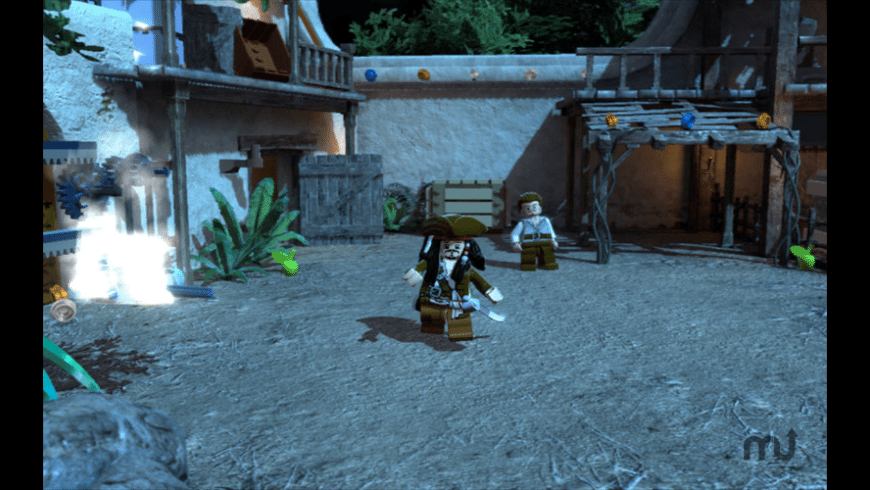